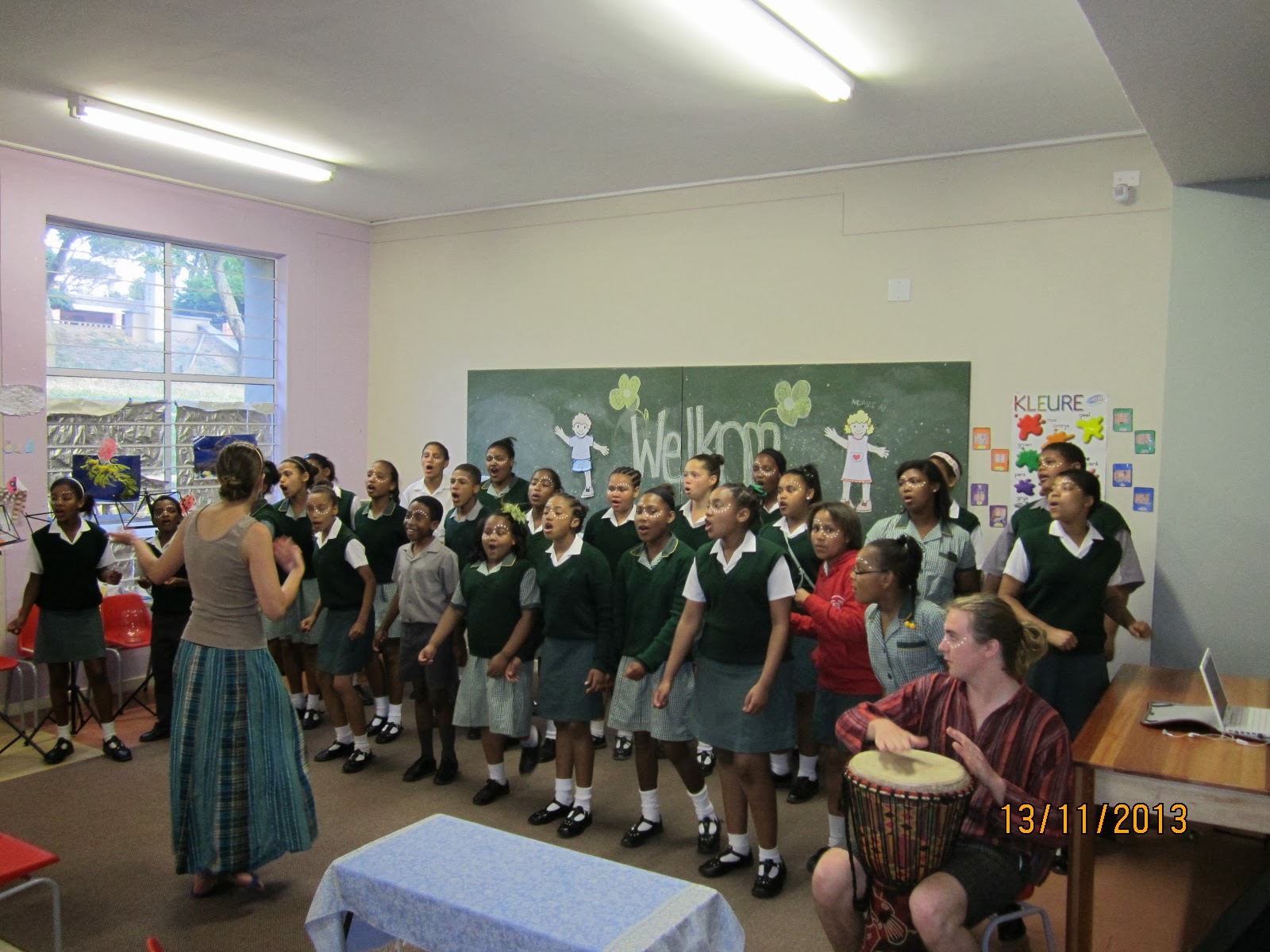 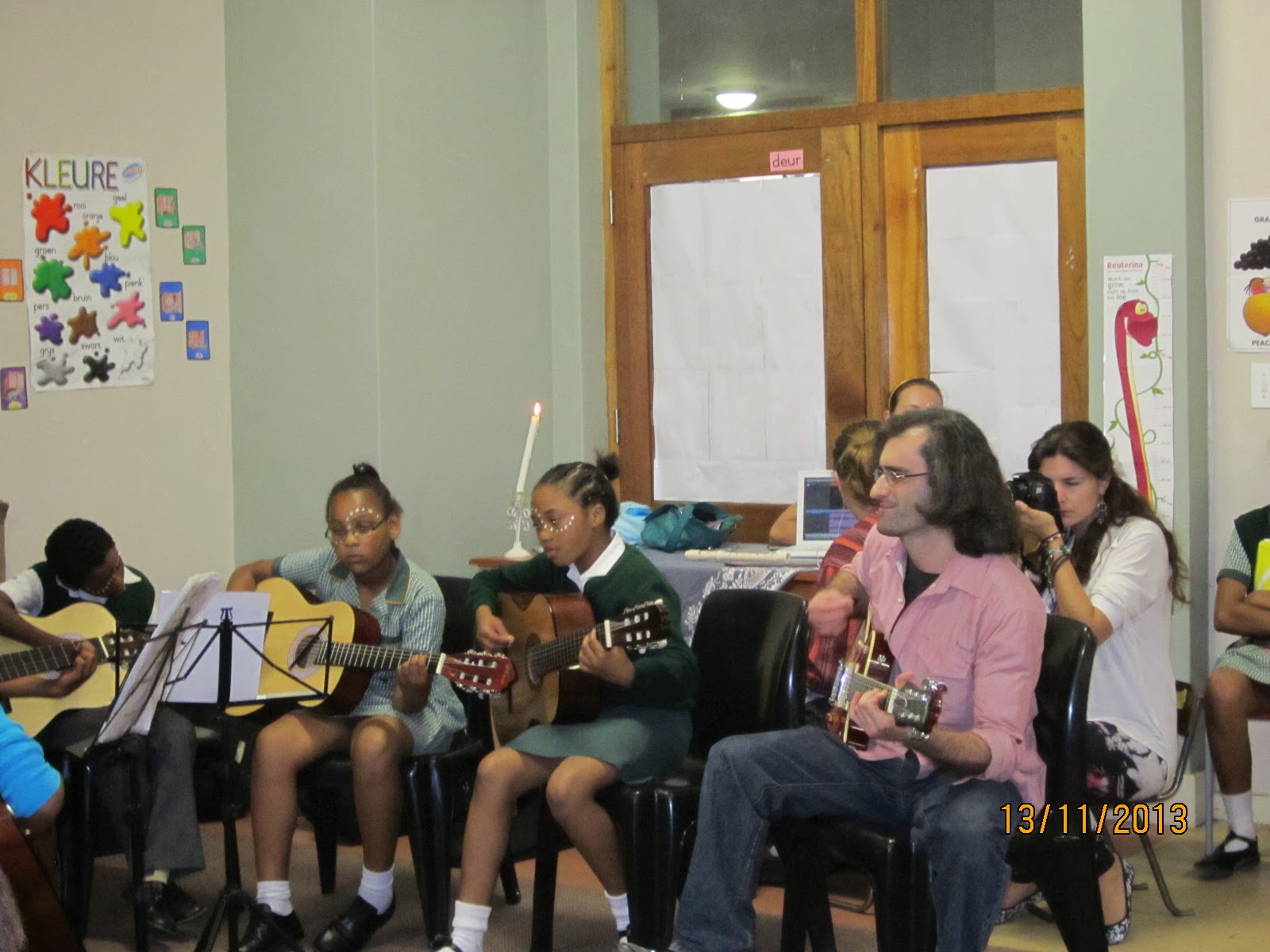 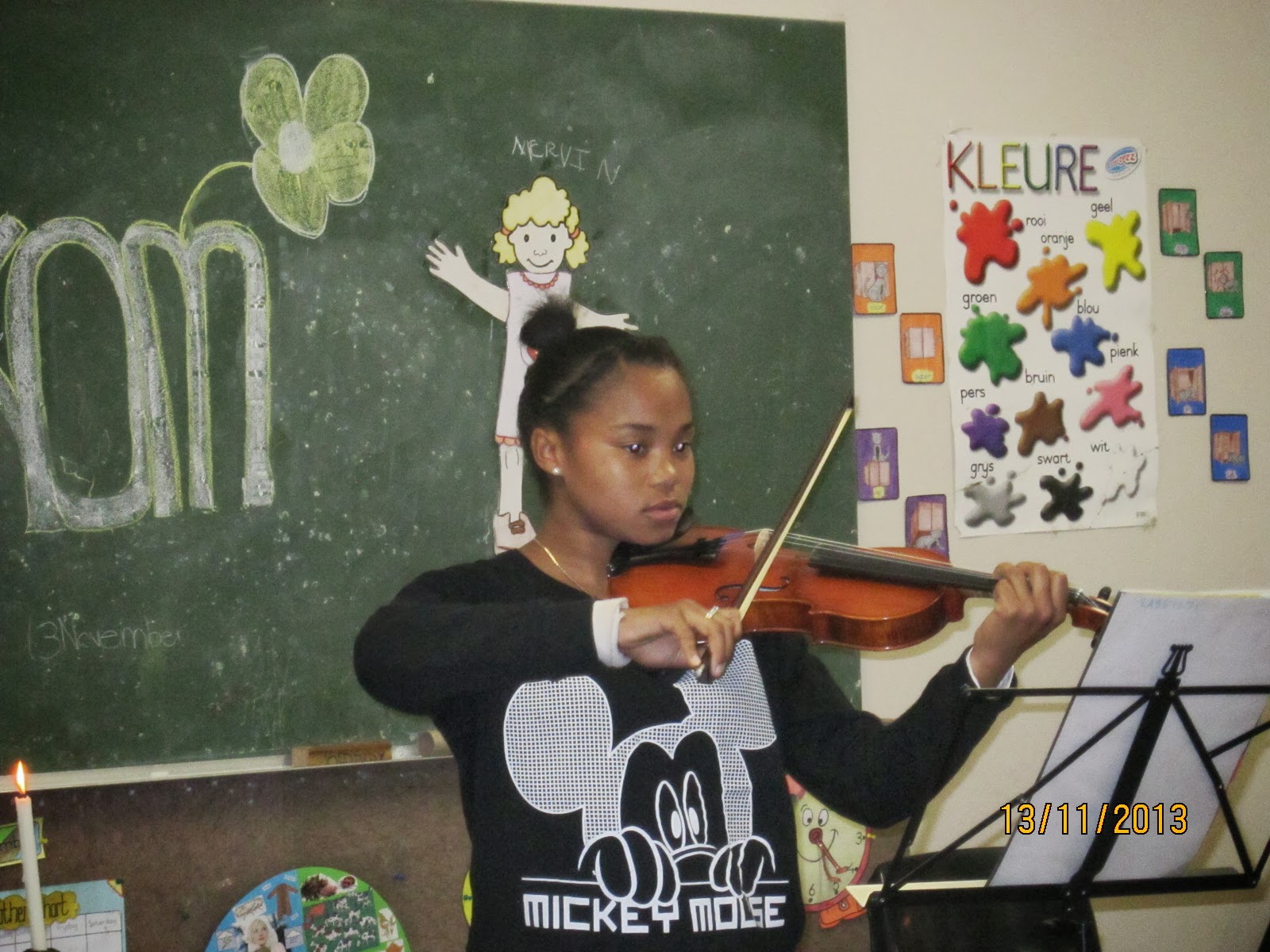 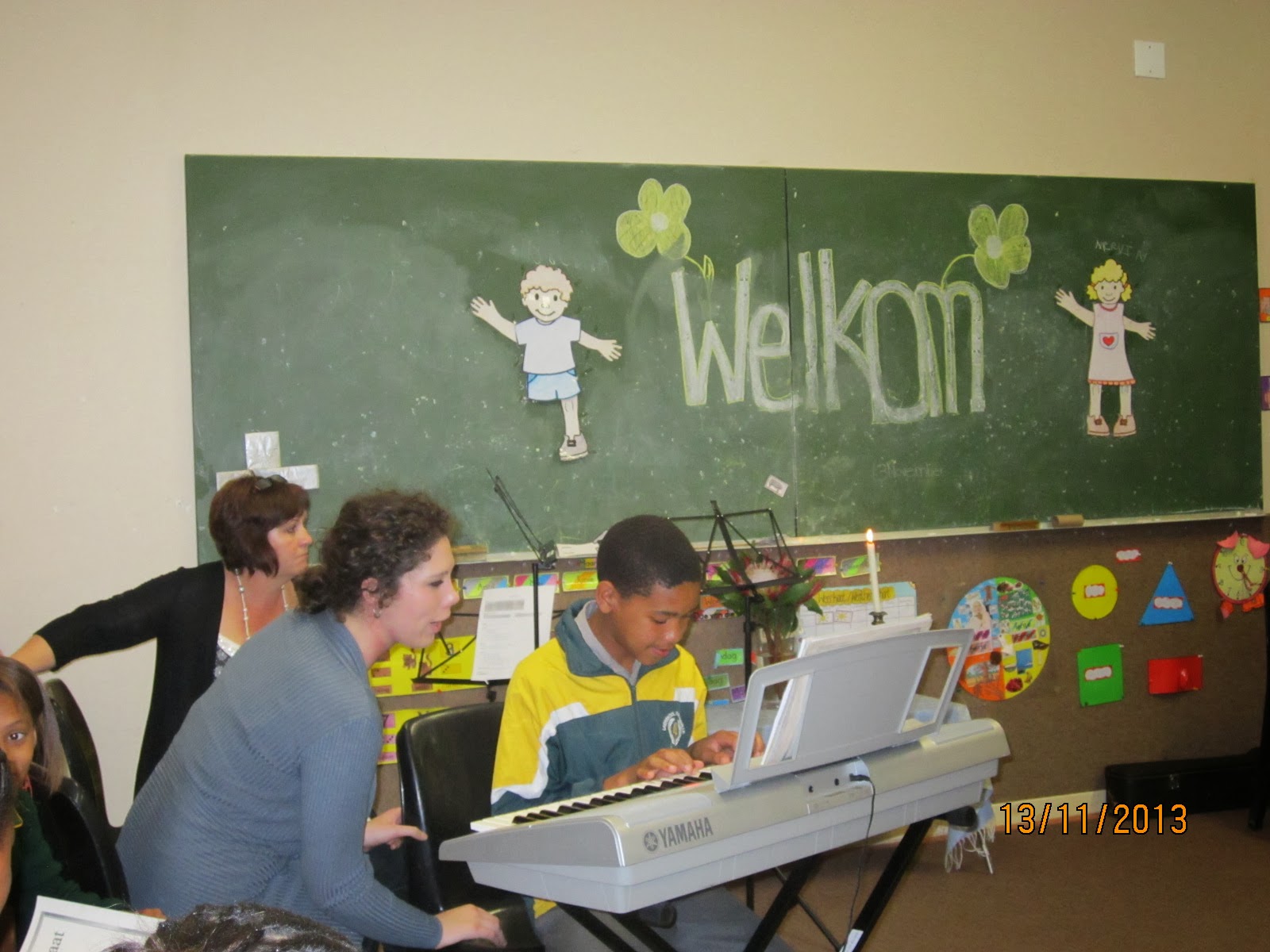 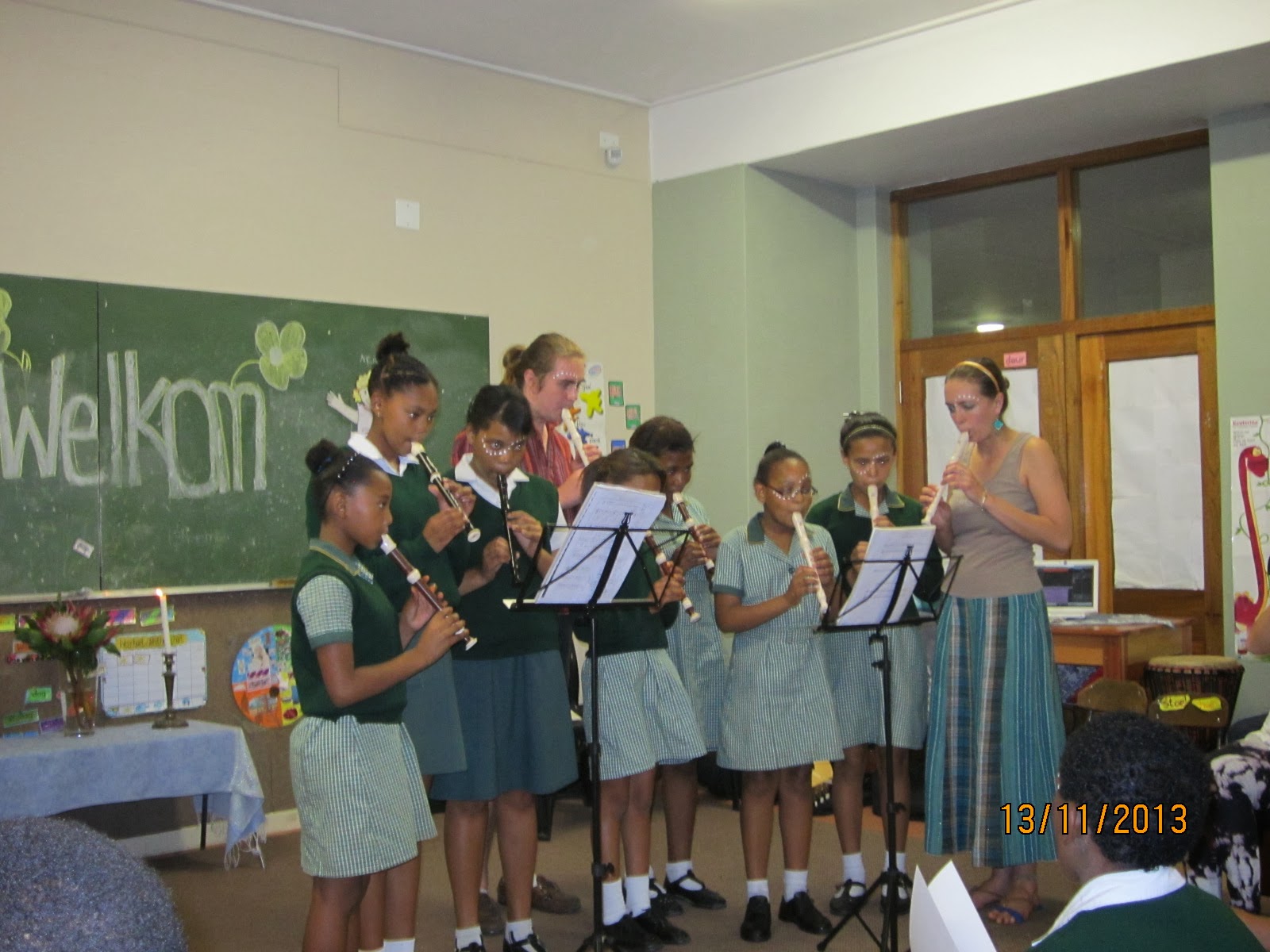 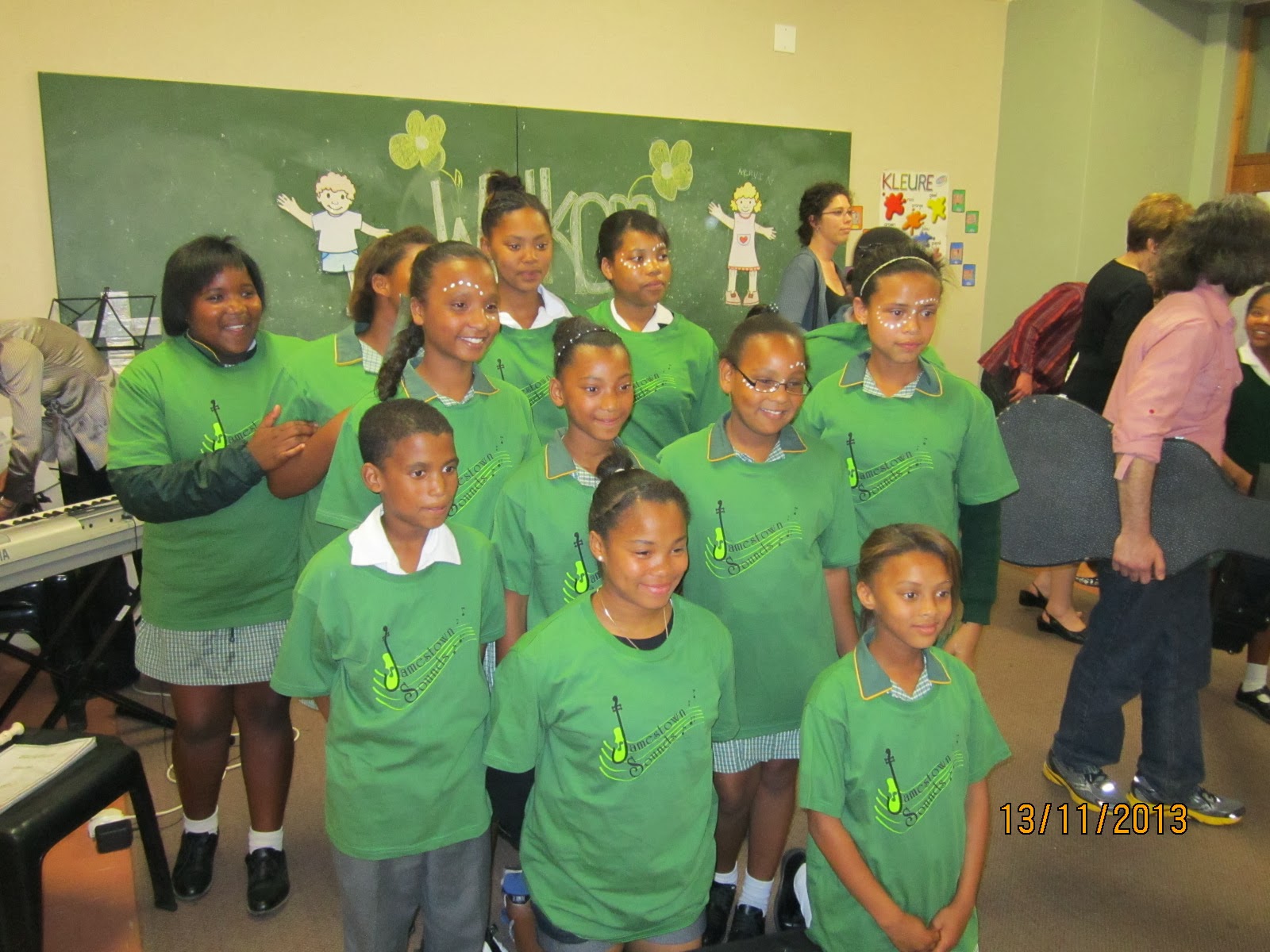 The Cloetesville Concert was held on the 13th of November 2013 at Cloetesville Primary. All parents were invited and entire families arrived with much support from the community. There were even audience members outside of the community who came just to witness the beauty of music! The concert opened with a speech by the Jamestown sound Committe member Hermien Wium where she congratulated the children on their hardwork and thanked the parents for the dedication. The Recorder students then opened the concert, followed by the Guitar and Piano, and Violin students. The concert was divided by a Prize giving by Erina Kaizer where she handed out certificates to students who had excelled in the year. The concert was ended by the Cloetesville choir conducted by Lucinda Watts, the choir performed the Irish Blessing, Somer Kersfees and Sounds of Africa. The audience cheered and clapped to a great concert and a splendid evening!

Posted by Jamestown Sounds at 3:45 AM

Remember to click on Older posts when you reach the bottom of the page. Also check out our Facebook Page - www.facebook.com/jamestownsounds

Teaching Music and fun is what Jamestown Sounds is all about